The groups for the second season of CEE Champions have been announced on our stream.

The $20,000 event, which is set to kick off on Monday, October 11, will feature 32 teams from nineteen countries in eight BO1 double-elimination group brackets, with the top-two teams of each group progressing to the single-elimination BO3 play-off. There cannot be teams from the same country in the same groups, but Serbia with Kosovo for political reasons as well.

Groups “of death” probably sit on B and H. The first of them will be the favorite Nemiga Gaming, but Budapest Five with FATE are also one of the better teams and together with underdogs Headhunters, who defeated eSuba and Entropiq Prague in the Czechoslovak qualification, they will breathe on the CIS’ backs. If we look at D, there are on the contrary two highest-rated and favored teams of the tournament according to HLTV – SKADE (#22) and Akuma (#47).

But let’s not forget the others. Sampi.Tipsport and Marten Gaming from group C have a great chance, the same can certainly be said about Infinite Gaming right next to them. In E we can find for example BLUEJAYS, champions of the European Nations Cup, in the group F Entropiq Prague wants to break through with the former analyst of mousesports, Allan “Rejin” Petersen, but against them, there will be an old home of famous cousins Nikola “NiKo” Kovač and Nemanja “huNter-” Kovač, iNation. And finally, we get to the last unimproved group G, where the 4glory and B8 probably have the biggest chances to make it into the playoff. 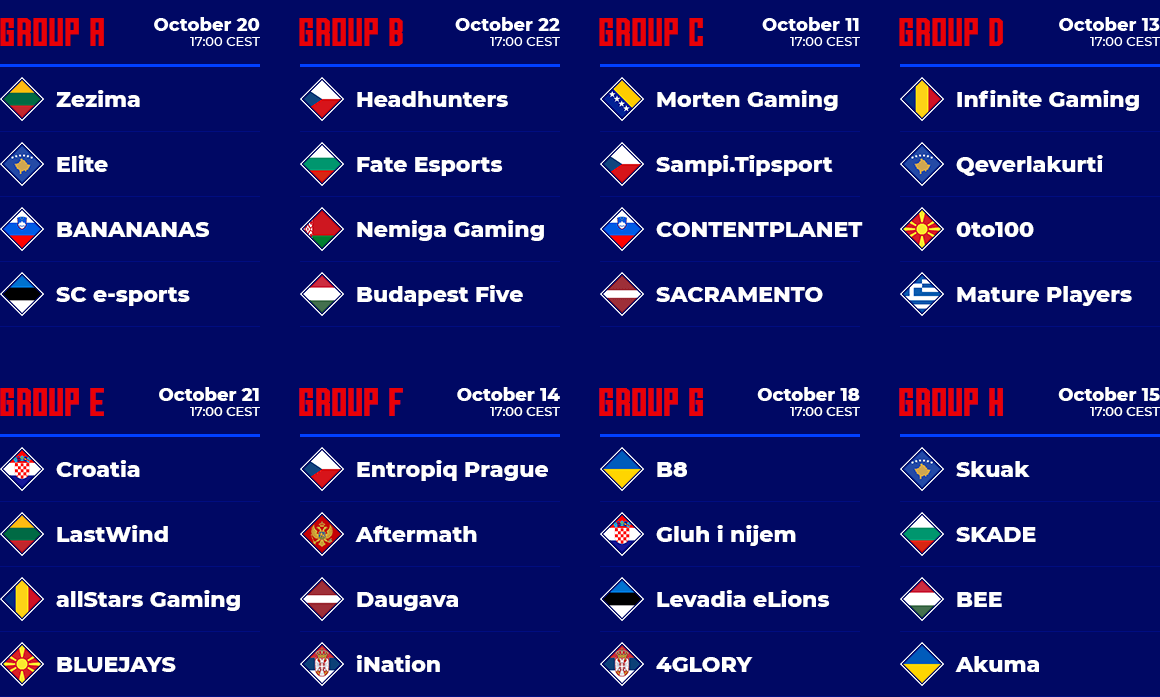