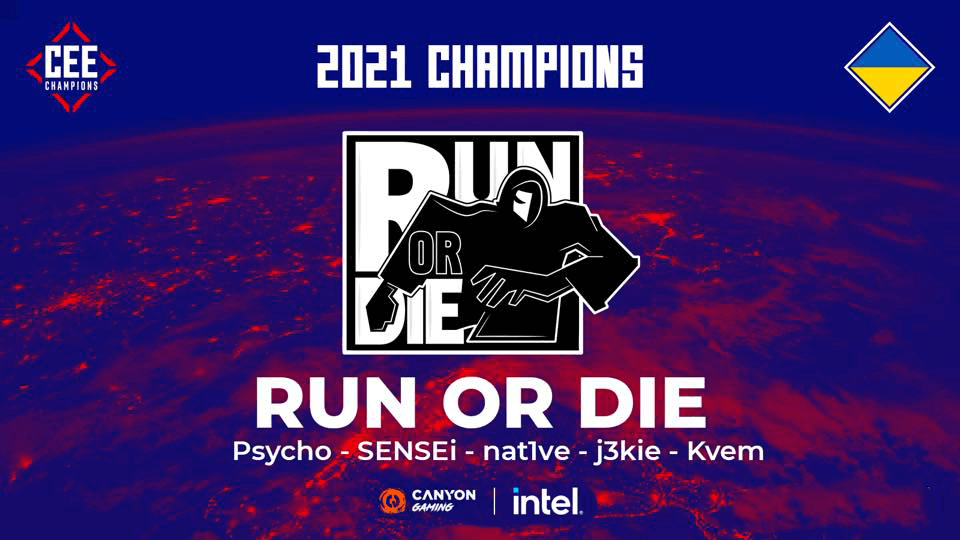 Run or Die claim the title of the CEE Champions!

The Ukrainian team passed the playoffs best and raises the cup with $10,000!

The second season of the CEE Champions is successfully over. In the last week, we watched exciting fights, but the best, in the end, were Run or Die, who take over the scepter of the king of CEE Champions after the grazhtas from the opening season!

ex-Akuma players entered the playoffs after finishing second in Group E with a match with EC-esports, which they eliminated purely 2:0. But with Nemiga Gaming it was not easy in the quarterfinal when they had to turn the match after losing the first map. However, they defended on Inferno well, attacked decent on Mirage, and headed to the semifinal after winning 2:1.

There they played an extremely close match with 0to100. They could finish Mirage several times, but the Macedonian team eventually lost in overtime. Inferno turned from side to side again, but Oleksandr “Psycho” Zlobina’s men were better in the end and took the Grand final spot.

The battle for ten thousand dollars was attended by Run or Die with BLUEJAYS. The Ukrainians started better when they confirmed their excellent Inferno by winning 16:12. The Grand final deserved the third map, but Run or Die finished its fairy tale on Mirage and became the champions of our second season! They win $10,000, BLUEJAYS then $5,000, and the third 0to100, who beat 4GLORY in the bronze medal match, took home $3,000.

In addition to many thanks to you, our fans, we finally had to decide on the most useful player of the entire tournament. We originally thought it would be someone from the final pair, but after the great performances of Dmitry “facecrack” Alekseyev from 0to100, we had to reconsider the plans and send the prize to him. His stats were incredible – HLTV rating 1.32, ADR over 90, and K/D 1.3!