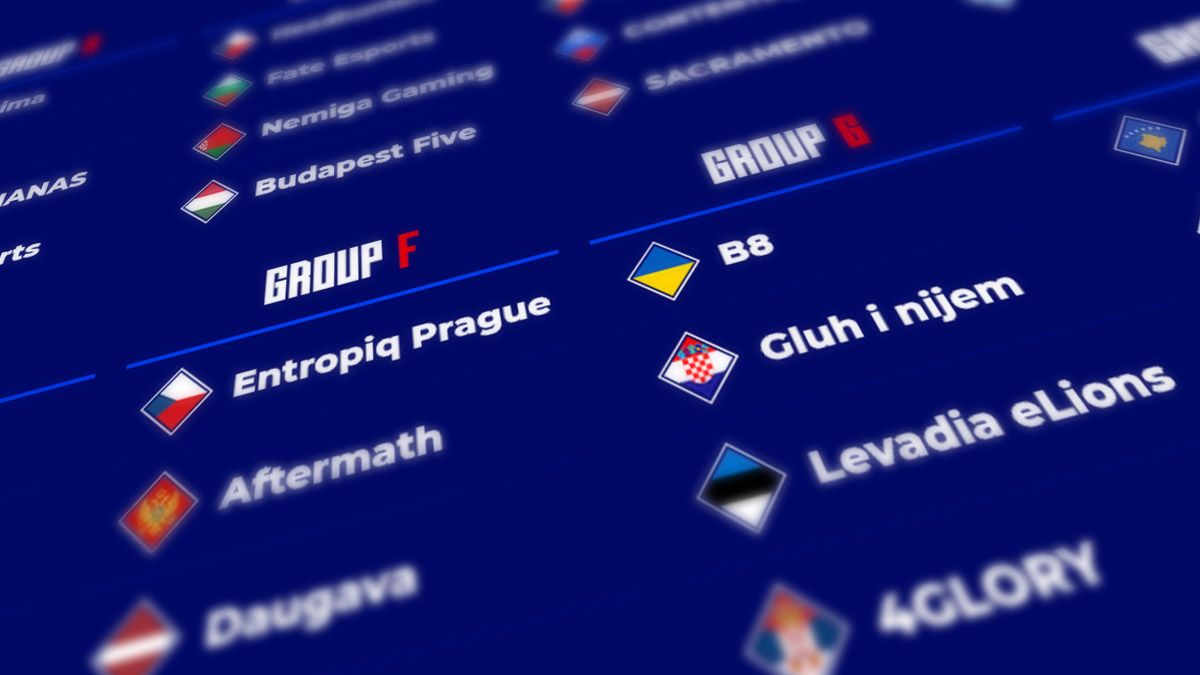 Who will appear in the last four groups?

Last time we went through the first groups, now let’s look at the other half – G, A, E, B, which starts on October 18th.

The second season of the $20,000 CEE Champions is about to fall, from October 11 to 15 we will watch the exciting fights in the first four groups we wrote about earlier. Of the eight groups, where BO1 matches are played in the double-elimination bracket, a total of 16 teams go to the single-elimnnation playoff. Who will appear in the last groups G, A, E, B from October 18?

This group formed interesting pairs. The Ukrainian B8 will challenge the Serbian 4glory, both teams are close to the top 100 of the HLTV ranking and are touring interesting European tournaments, so this could be a very balanced match. On the other hand, we expect it to be clearer and the Levadia-Elions from Estonia should deal with Gluh i nijem.

The first group alphabetically counts only the underdogs of the tournament, but two of them will get a chance in the playoffs, where they want to surprise. One of them might be be the players Zezima, whose country Lithuania celebrated the first place of the team called grazhtas in our first season.

Let’s move on. The seventh in a row will be group E, where we will already find the more famous names. Right in the first match is the 75th team in the world BLUEJAYS, which flew incredibly high and for example under the name AIRLYA managed to win the European Nations Cup 2021, where the players even met their current opponent Croatia, whom they defeated 2:1.

There are also quality teams in the second fight, but the Lithuanian LastWind should pull for the longer end of the rope and deal with their Romanian opponent allStars Gaming.

Finally, we take a look at the strong Group B, which can compete with G. Headhunters will be in the match with Budapest Five outsiders, but inside of this team shoot experienced Czechs who defeated Entropiq Prague or eSuba in the local qualification.

Nemiga Gaming together with Fate Esports will go on a server as the second. Although the Russians have fallen in the world ranking since the beginning of the year, they are still 38th and, for example, against the world number one Natus Vincere in the IEM Fall CIS they won 14 points, so there is no question that we are talking about a big favorite. The Bulgarians from Fate Esports will have to show off all their skills to win and even make it to the playoffs.